The event was attended by over 100 guests including peers, MPs, practitioners, policy stakeholders and young people. The BYC team were also delighted to welcome Andrew Selous, Minister for Prisons, Probation and Rehabilitation to the event. 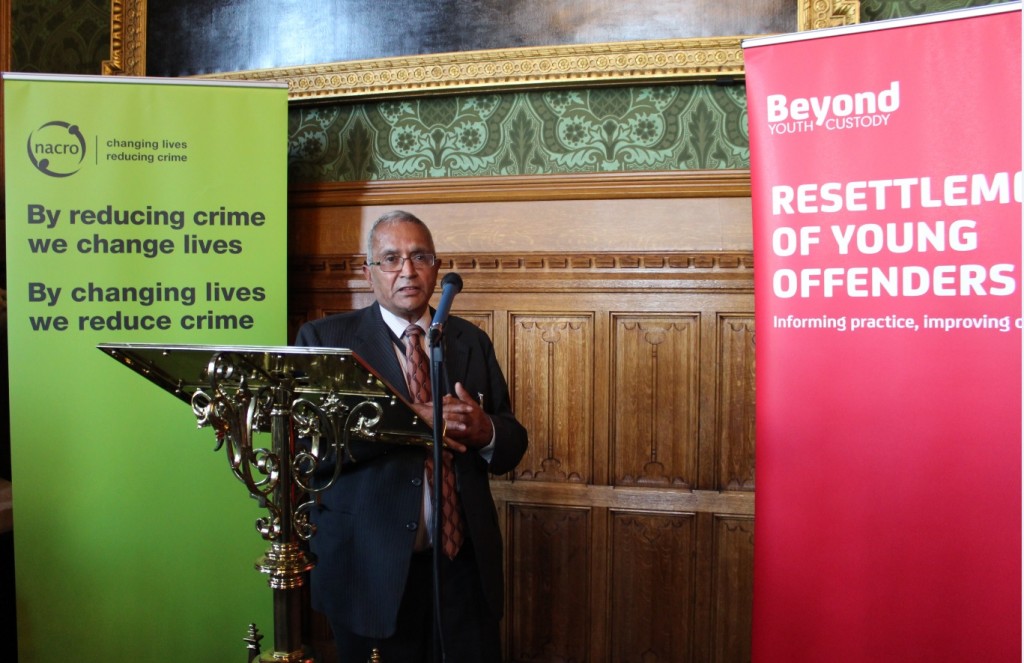 Lord Dholakia speaking at the event at the House of Lords

Highlights from the speeches included: 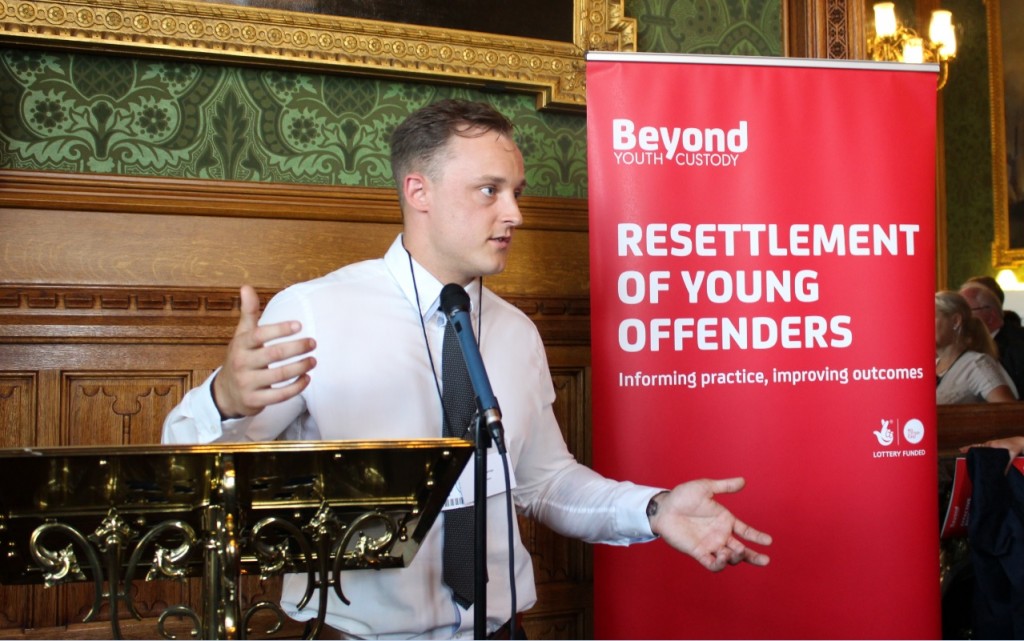 Ian Thomas speaking at the event at the House of Lords

There was a feeling of determination from those in the room to work together, share learning and best practice and gain momentum to make a difference to young people leaving custody. BYC would like to thank all of the guests and speakers for making the evening a success. With special thanks to the young people who contributed to the evening from the Youth in Focus projects; ADAPT and Future 4 Me. 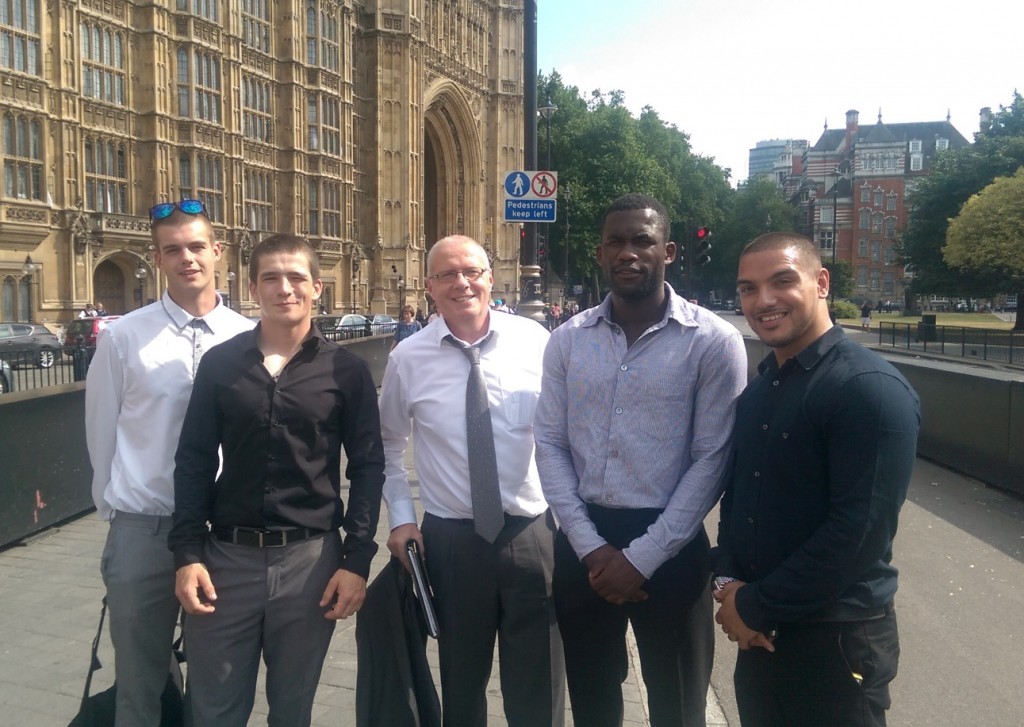 Outside parliament before the event: Michael, Kieran and Randy (Peer Ambassadors) and Gary (Team Leader) from the ADAPT project, with CEO Peter, from the Salford Foundation.

What did people have to say about the event?

“Many congratulations on a very successful launch of Beyond Youth Custody. I am sure that it will play an important role in influencing policy development and promoting best practice.” Rt Hon Lord McNally, Chair Youth Justice Board

“It was very enlightening and I thought Ian was amazing. I was lucky enough to speak to him afterwards and I told him that he probably doesn’t realise just how much of a difference he made to the way the people in that room will view their projects and work going forwards having listened to him speak” Paul Strong, Spurgeons

Ian has written a blog for BYC, called ‘Rehabilitation or ‘Abilitation?’ that asks questions about how young people – many who have never been in a position to sustain an independent and productive place in society – can resettle or rehabilitate back into the community. Ian suggests a way forward where agencies work alongside those in conflict with the law and help them engage with things that make them feel a part of society. Click here to read Ian’s blog. 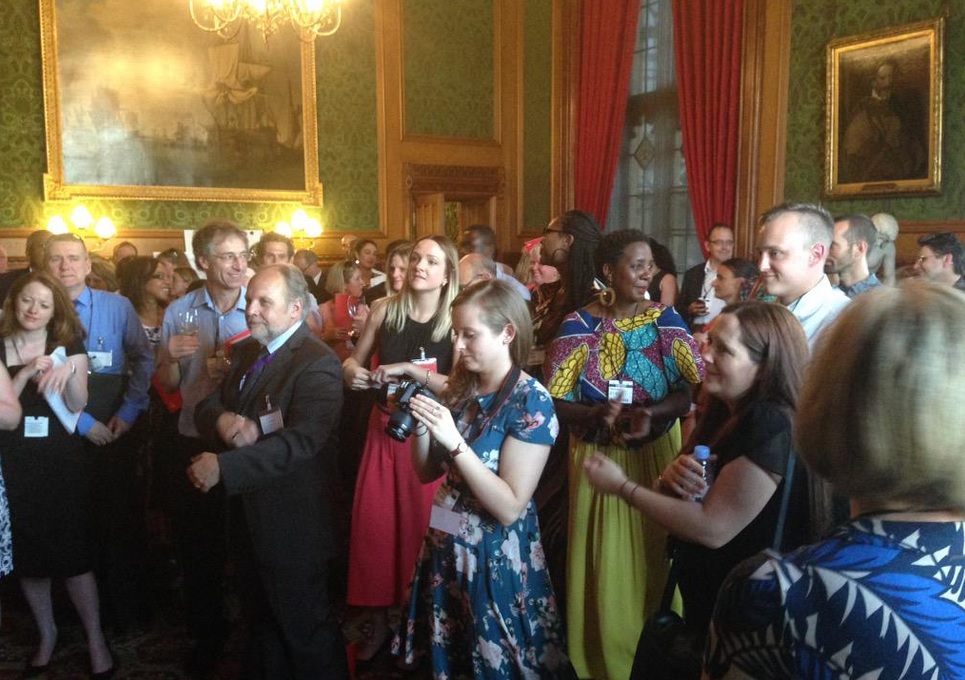